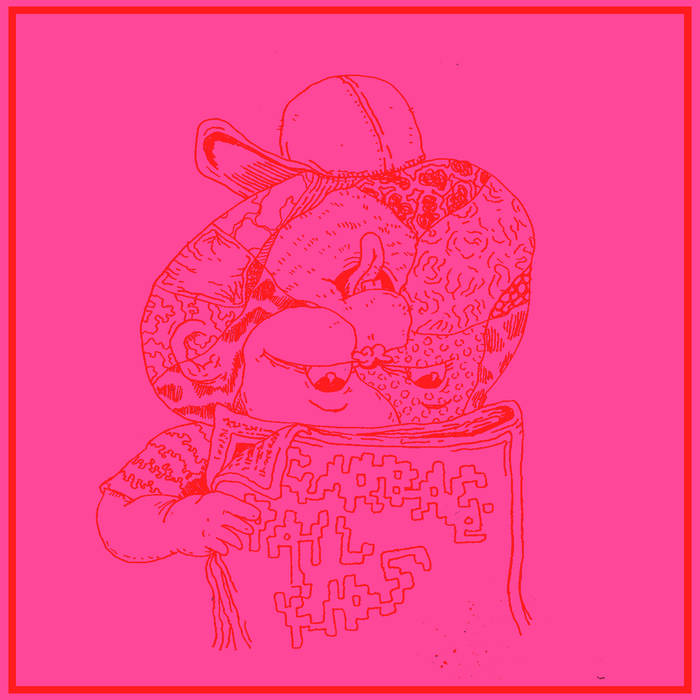 Kinda living, in the sense that inanimate objects are so vividly and VERY not living that you just pretend they are to chill out, document of the 5th December 2019 of a gig, and the first rehearsal for that gig about three hours before that originally should have occurred Halloween 2018….and now it’s May 2020?! Or June now you’re reading this?

Regardless it’s a fresh teamup of Leeds cartooniest improvisators Basic Switches and Territorial Gobbing, dressed as a ghost and a bin bag brain respectively, gunking up the airwaves with primary colour keyboard lurches n loops caked in crusty object cluttering, circuit bent mogwai, Dictaphone-zonin’ and huffing at the audience about Last Christmas by George Michael.


Thanks to Footprint Workers Co-op for the tape packaging

"Garbage Pail Kids - self-titled tape on Steel Gloss... the band = Theo Gowans/Territorial Gobbing + Hilary Knott/Basic Switches and it's a goddamn party... like if Tex Avery made a noise tape... too much information, breathlessly bouncing and choking and spitting all in fast-forward and all at once in every direction ... a wonderfully detailed/rich/dynamic explosion... sure, I felt exhausted before the first side ended and had to take a break before diving back in, but still: wotta good time."
Howard Stelzer on Noise Now Playing fb page.

"What is evident is how this audio bricolage is breath-taking. A third of the way into ‘Bjerg Bichaels’ it sounds like some chickens aren’t having a great time on a creaky pirate ship while the local informal jazz group warms up in the background. This is both welcoming and disorienting. And this is what the album does so well. It creates these polarising feelings in you, so you don’t actually know how you feel about it until much later on."
Nick Roseblade for Vital Weekly
vitalweekly.net/1242.html

"It’s the cheery push of super creative noise escapisms that will put anyone’s mind into a laser-like state of mesmerizing head boggling situations. Massive amounts of friendly obscure delights of audiologist’s wet dreams are all working hard to create some kind of sound playground in which children and adults are equally tossed in an exciting noise silliness that they would never thought to experience."
Kai for Yeah I Know It Sucks
yeahiknowitsucks.wordpress.com/2020/08/11/garbage-pail-kids-garbage-pail-kids/